Past Chief Carleton Quint Turn 100 - Has it been 10 years already!! 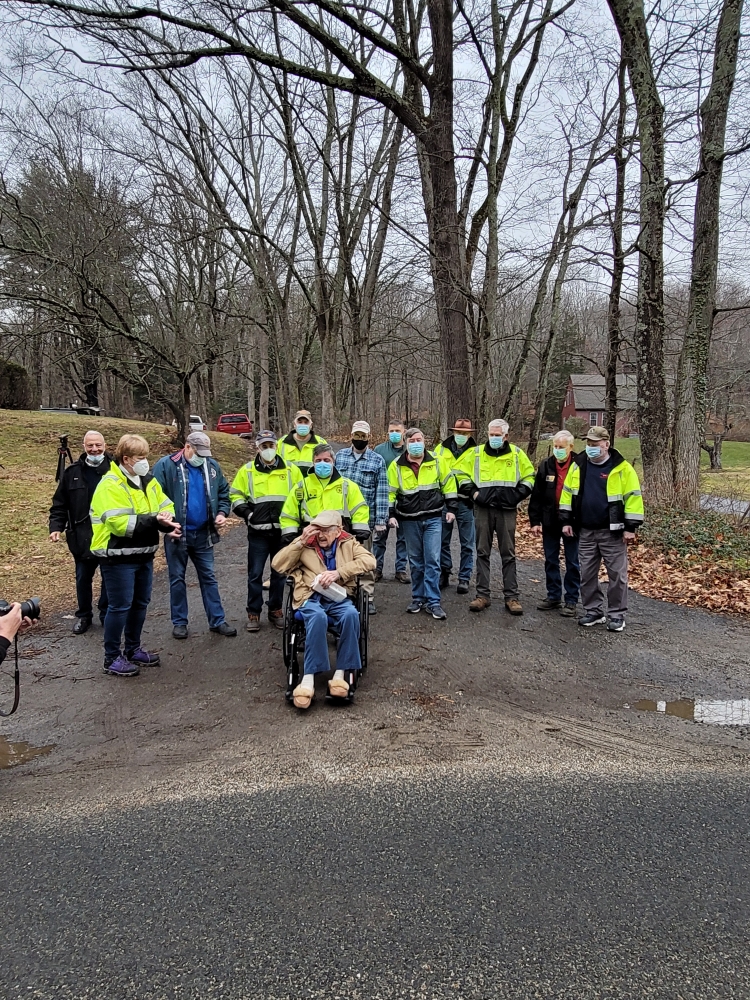 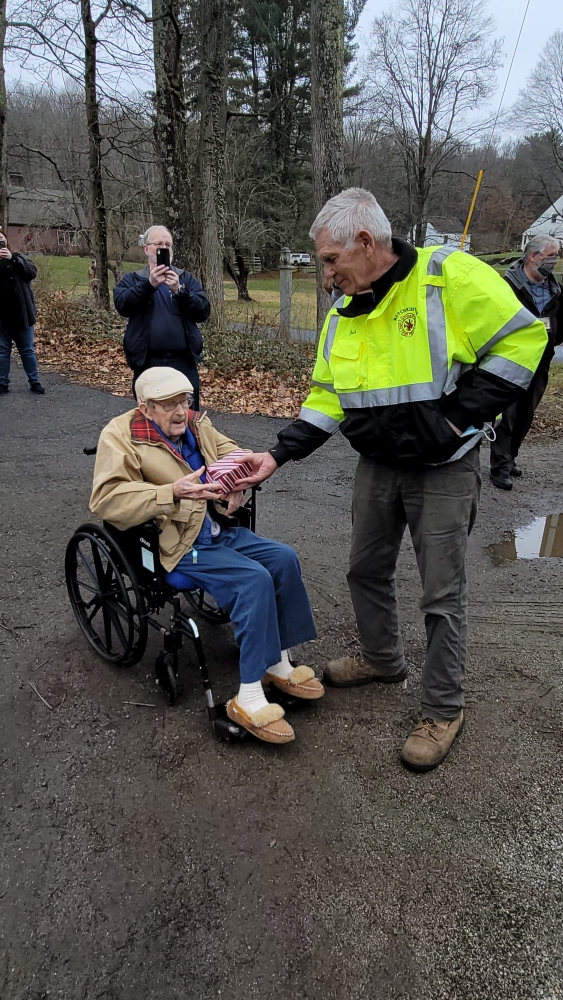 The WVFD is so very proud to be able to celebrate 100 Years of life with Past Chief Quint.

Carleton Quint got more than taken out to dinner on his 90th birthday; we also got to ride in “his” fire truck to a surprise party. Boy was he surprised.
When Carleton’s son and daughter called and said they wanted to have a surprise party for their dad the Fire Department was more than happy to help surprise Carleton. Carleton has been a strong supporter of the Fire Department for well half his life. Carleton was a firefighter who moved up through the ranks and all the way to Chief. When he decided he was too old to fight fire and drive engines he moved onto the Veteran’s list but also he served on the Board of Fire Commissioner’s so he could keep his eye on the fire department and keep us and the town on the right track.
Carleton has always fought for the firefighters and the department’s needs. He was such a strong supporter when it came to Tanker 9 that the firefighters dedicated that truck to him. It even has a gold plaque on the truck stating that it is dedicated to him. He loves to ask the firefighters if “his truck” is clean, polished and inside out of the weather on rainy or snowy days.
Chief Morgan called Carleton and told him that the firefighters wanted to take him out for a ride on his birthday. She told him you only turn 90 once and we want to make it a great day. He was eager to say yes. On Sunday January 31st – yes New Year’s Eve is really his birthday – Tanker 9 and the Command Vehicle arrived at Carleton’s house to pick him up. Before the truck was even in his driveway he was out there to meet it. The firefighter got out a small step stool to help him get into the truck. Carleton push it aside and stated he did not need that to get into his truck, and up he went lickety split like a little kid. He had a grin on his face a mile wide. The firefighters took him for his birthday ride. When it was time for him to “go to dinner” with his family the truck made its way to the firehouse. Chief Morgan was waiting outside to ask Carleton if he would come inside and have his picture taken for the website. So, inside he went. After a few pictures his family was ready to go to dinner, wink, wink. Chief Morgan suggested that they go out the back door rather than have to walk all the way around the building. As Carleton stepped into the meeting room on went the lights and SURPISE! all his family and friends were there to help him celebrate his 90 years. He was truly surprised.
Carleton spent the afternoon visiting with friends and when it came time to cut the cake he got another surprise. Mrs. Smith on of the firefighter’s mom had made a special cake just for him. It even had an edible picture of his truck on it.
It was a very special day not only for Carleton but for all the lives of family and friends he has touched over his 90 years. But Carleton, with his strong Maine drawl, even after all these years, had the last laugh on us all – he told us that he expected to be picked up at his house in 10 years for his 100th birthday and that his truck better be clean, polished and ready for him!  The firefighters promised it would be!!!!
HAPPY 90TH BIRTHDAY CARLETON 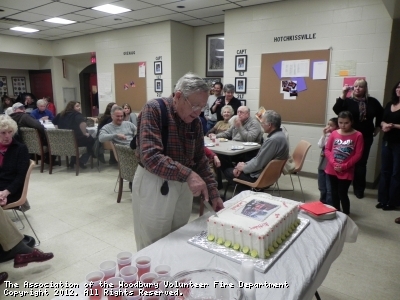 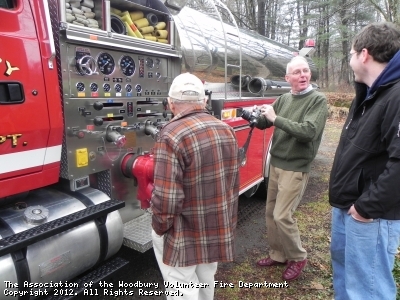 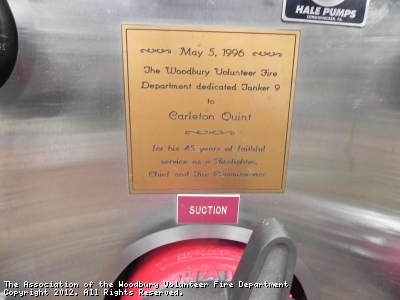 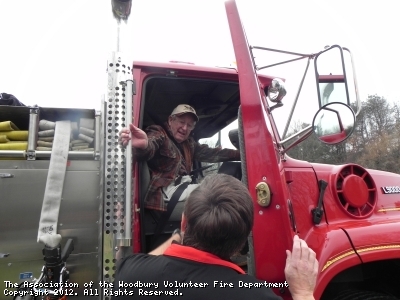 This site has been viewed 580,397 times.
Calls
News
Events
Pictures
Apparatus
Maintained by the members and staff of The Association of the Woodbury Volunteer Fire Department. Designated trademarks and brands are the property of their respective owners. Copyright © 2006-2022. YourFirstDue Inc. All Rights Reserved. Content on this web site is supplied by The Association of the Woodbury Volunteer Fire Department. YourFirstDue Inc. cannot be held responsible or liable for any content, text, pictures, or any other media found on this web site.
Management login
Powered by